FREE DOMESTIC US SHIPPING ON ORDERS OVER $200!

The History of T-H Marine

The following is a brief history of T-H Marine, including some of the many innovations and firsts we have achieved:

T-H Marine was founded in April of 1975. Three partners, including Bill Huntley, had developed a product they felt could have great market potential in the recreational boating industry. The product was a Trim Handle switch, which put the outboard engine trim control on the throttle handle for the first time - a huge innovation in boating safety. In honor of that first product, the Trim Handle, they named the company T-H Marine. At this time, Bill Huntley's other company, Bumble Bee Bait Company, was going strong, selling the top spinner bait in the country. If they had patented the Trim Handle, they would have retired quickly from the royalties every outboard manufacturer would have paid them for every motor built when the throttle arm trim switch became standard equipment. 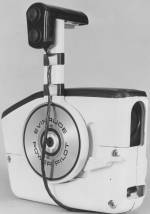 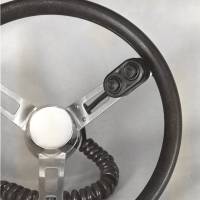 T-H Marine introduces the HOT FOOT foot throttle, the first commercially available foot throttle for boats. This was a major innovation to improve the safety and performance of boats - especially bass boats. The HOT FOOT allows people to drive a boat like they do their car and it also returns the engine to idle if the foot is removed. It is a standard product on most bass boats today and the original HOT FOOT continues to be the market standard. T-H Marine has received countless letters over the years thanking us for providing a product that saved someone's life. The HOT FOOT launch was T-H Marine's first step into cast aluminum product production. 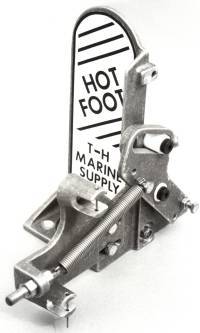 T-H Marine expanded its offering of cast aluminum products to include other outboard performance products, such as transom wedges. T-H Marine published it's first real "catalog", which contained 15 products. 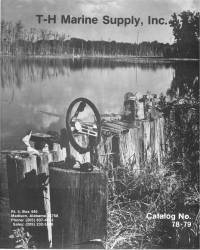 T-H Marine's success and growth of product line required more space than the rental property it occupied, so T-H Marine purchased land and built a 10,000 square foot manufacturing facility in Madison, Alabama. T-H Marine was right in the thick of the Bass Fishing explosion that happened in the late 1970's and early 1980's. The HOT FOOT and various trim switches were critical components of that development in bass boats, from being just fishing boats to being high performance boats that were a mix of a fishing platform and a racing boat.

-T-H Marine has two major innovations that forever changed bass boats. First, T-H Marine introduced the HI-JACKER transom jack plate and it became the first commercially available, off-the-shelf jack plate. Before this, jack plates were custom made frames, made in machine shops, that racing boats had used. T-H Marine adapted that concept, designed a universal jack plate, and offered it to the boating public. This was the birth of the jack plate market.

The jack plate allows the outboard to be moved back and up from transom so that the prop runs in cleaner water, allowing the boat to run faster and handle better. The HI-JACKER brand is still alive and well 30+ years later, although it has seen many innovations and changes as the outboard engines have evolved.

T-H Marine introduced the first ever remote livewell drain valve, allowing a boater to activate a valve with a control cable to open or close the drain of a livewell or baitwell. This innovation is commonplace today, but initially it was a very big deal to be able to drain a live well without sticking your arm down into the water to pull a plug. 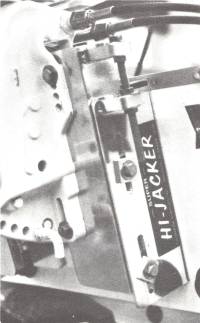 T-H Marine's success and growth of product line required more space than the rental property it occupied, so T-H Marine purchased land and built a 10,000 square foot manufacturing facility in Madison, Alabama. T-H Marine was right in the thick of the Bass Fishing explosion that happened in the late 1970's and early 1980's. The HOT FOOT and various trim switches were critical components of that development in bass boats, from being just fishing boats to being high performance boats that were a mix of a fishing platform and a racing boat.

T-H Marine started using it's expertise on bass boating and fishing to focus on improved conservation of bass being caught by developing two items for the livewell system, both of which can be found on every fishing boat today. The first filter to mount on an aerator pump was introduced to insure flow of fresh water to livewells and baitwells. Also, an aerator head was introduced to increase the oxygenation of the water being pumped into the livewell. 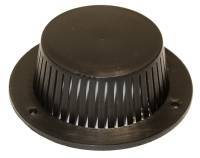 T-H Marine recognized the many opportunities for injection molded plastics that were not being met in the boating industry. We introduced many new products in that niche, including our first marine plumbing fittings, floor drains, fishing rod holders, and more variations of aerator heads for livewells. 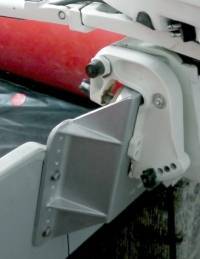 T-H Marine introduced one of the first boat battery trays, a major advantage and convenience over the standard battery boxes of the time - another innovation that is standard on most boats today. We also introduced the first air bubbling aeration system for livewells and baitwells - the PRO-AIR system - to further improve conservation of fish. 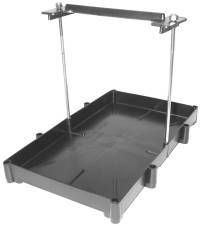 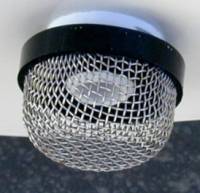 T-H Marine developed and received a U.S. Patent for an improved motorwell cable boat, that was an injection molded vinyl with an integrated cable tie to cinch the rigging. This cable boot was a major improvement to the unattractive rubber cable boots that rotted away in the sun. This cable boot quickly became the industry standard and remains so to this day.

Our third major introduction was the first standpipe overflow drain tube for livewells. Taking the idea from the way a commode operates, this development allowed much simpler plumbing of a livewell and is used on the majority of fishing boats built today. 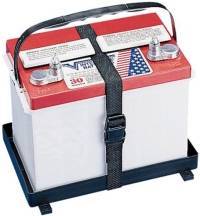 T-H Marine received a U.S. Patent for and introduced a new type of remote drain control valve for livewells and baitwells. We also introduced the first remote livewell diverter valve for boats, allowing two functions, such as fill / recirculate, recirculate / pumpout. T-H Marine valves were the market leaders throughout the 90s.

T-H Marine received another U.S. Patent for our Steer-N-Trim system, which integrated the wires for steering wheel mounted trim switches into the helm of the steering column. This major innovation dominated the trim switch market on mechanical steering systems until they were replaced with hydraulics.

T-H expanded its focus to start manufacturing products for the pontoon boat market, including gate latches and door stops. We also expanded into latches/locks for boat lids, where we became market share leaders for many years. 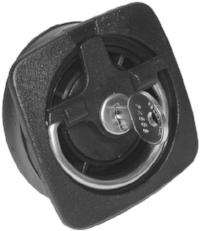 T--H Marine expanded its manufacturing space by 20,000 feet to meet the needs of our major growth. We also introduced the first injection molded, self-retaining transom drain plug for boats, which became an industry staple and market share leader. 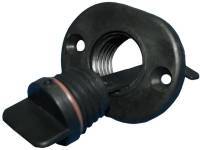 T-H Marine recognized there was no single company in the industry that offered a full array of plastic thru-hull fittings truly suited for marine hose, instead builders had to source from multiple companies to find all the fittings they needed and many did not properly fit marine hose. Therefore, T-H Marine worked with marine hose manufacturers to develop an industry standard line of molded plumbing fittings. This line included straight and 90 degree fittings in all popular marine hose sizes. We also developed the first ever 90 degree fittings with a finished head, utilizing a nut that passed over the barbs and around the 90 degree elbow. This design has been duplicated by many other people now, but T-H Marine still maintains a dominate market share position in molded thru-hull fittings and provide more fittings to more boat builders than any other manufacturer. 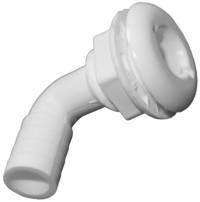 T-H Marine introduced several more products that were industry firsts. The Max-Air venturi livewell aerator was the first air-injection venturi fitting to improve oxygenation of livewells. Many competitors have since added venturi systems to meet the standard set by T-H Marine. We also introduced the Anchor Master anchor retrieval system, which was developed from seeing charter captains using such a device, then introducing the first complete anchor retriever system made commercially available.

T-H Marine expanded its jack plate offerings by introducing a single adjusting bolt, one-piece jack plate, called the PRO HI-JACKER, which became the dominate manual jack plate on the market and remained so for the next decade. 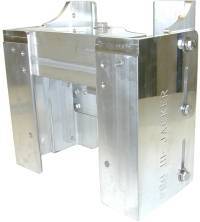 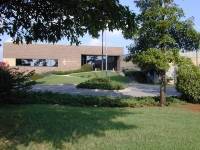 T-H Marine introduced and received a patent on a new, space-saving, narrow battery tray design to continue its dominance in battery trays. We also expanded our lighting offerings to include waterproof courtesy and livewell lighting and trailer backing lights. We also developed the first boat cooler mounting kit to keep coolers in place, this innovative design has since been copied by many suppliers. 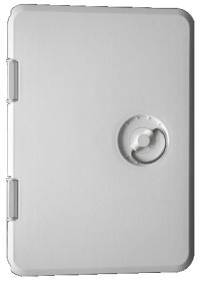 To increase our injection molding capacity and capabilities, T-H Marine acquired Innovative Plastics in October of 1999. This acquisition provided immediate growth and diversification into the custom injection molding market in several different industries.

The Sure-Seal line of deck plates and access hatches were rapidly accepted by the market to propel us to a major player position in both of these niches. 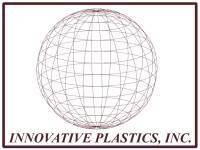 T-H Marine expanded its manual jack plate offering to maintain its market leader position by introducing the Pro HI-HACKER HP, to handle the demands of larger and heavier outboards.

T-H Marine began pioneering a new market niche for customized rod storage tube systems for boat compartments, which have been adopted throughout the industry. 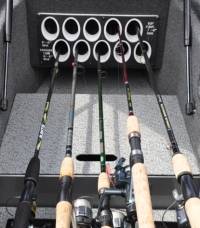 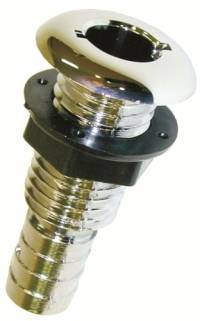 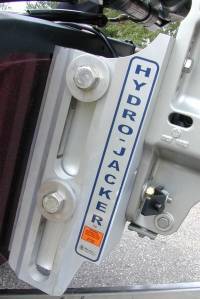 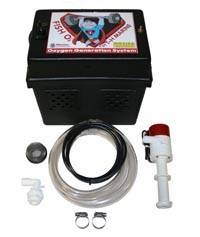 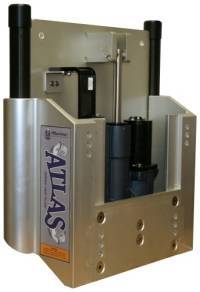 In March of 2008, we formed CMC Marine and purchased the assets of Cook Manufacturing Corporation in Duncan, Oklahoma. Cook was one of only three major players in the hydraulic jack plate market and they held a very large market share. Cook also was the #1 market leader in hydraulic tilt and trim units. This acquisition placed T-H Marine as the clear leader and largest manufacturer of manual jack plates, hydraulic jack plates, and hydraulic tilt and trims in the world.

Like the rest of the industry, T-H Marine experienced painful changes to survive the downturn of the "Great Recession". T-H Marine right sized for the market, began cutting costs and reducing inventories. T-H Marine's moves to efficiency allowed us to survive and remain profitable thru the worst of the recession. 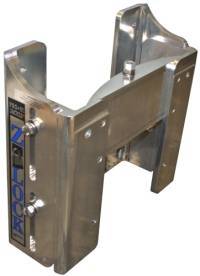 We also introduced an innovative boat alarm, the TWO WAY ALARM, the most cost efficient and easy to install boat alarm on the market. 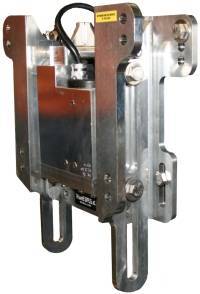 T-H Marine launched a complete redesign of our website www.thmarine.com, and fully entered the social media arena on Facebook, Twitter, LinkedIn, and YouTube. We hired Jeffery Huntley, Jr., the third generation of the Huntley family to be involved at T-H Marine, to be internet marketing manager to expand our web and social presence. 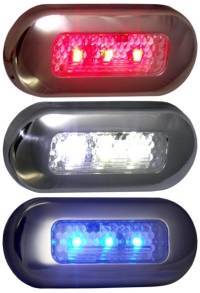 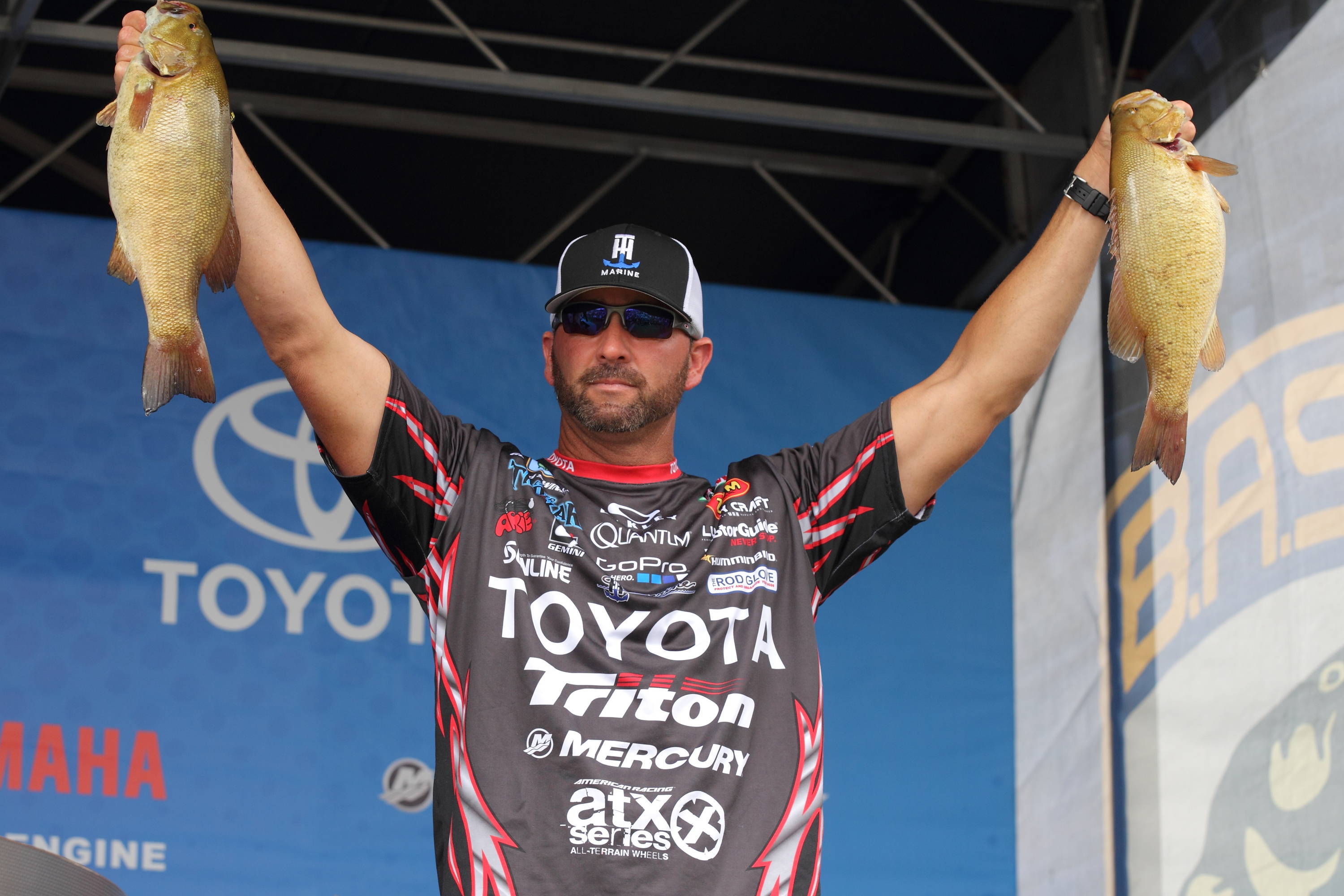 T-H Marine makes a big splash yet again in the aftermarket accessories division, purchasing the assets of O2 Marine Technologies, makers of The Oxygenator as well as the popular U2 Pro Formula livewell additive. T-H Marine renames U2 Pro Formula as G-Juice, adding yet another quality product to the G-Force line of products.

39 years serving and loving the industry .... to be continued! 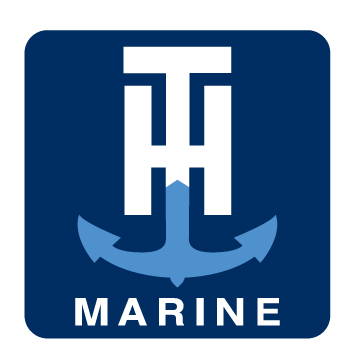