You want your rod to jolt. You want your drag to scream. You can’t wait to reel in both eagerly and cautiously and get rewarded by a first glimpse. After all, there’s just something about seeing that broad side of a top predator aggressively playing tug of war with you, even if you have to let her turn tail to dive back down, then coax her up again. But, before that excitement happens, you need to get inside the mind of that creature to know why it’s feared by many fish and forage. Before that excitement happens, you’ll want to sneak near their haunts and understand how the right fish attractor can elicit an explosive attack.

Distinctions and Commonalities Between Predatory Fish

Predator fish exist in just about every body of water. In some waters, it may likely be one of a variety of sunfishes (technically this name covers bluegill, crappie, bass, etc). While in bigger waters, these predators may reach astounding lengths and weights. Even if you’re limited to North American freshwater, you have muskie, pike, trout, salmon, catfish, and other monsters that will shock you with their size. There’s plenty of aggressive gamefish in between, too, including catches like perch, walleye, and bowfin. For each and every one of them, they are triggered by their instincts — instincts that anglers should tap into.

To varying degrees, sight, smell, sound, and touch all play a role with predator fish. That’s why there’s good reason to appeal to them with shining surfaces, pops of color, sounds, scents, and textures that mimic what they want to eat. This isn’t too different from many other game animals, but fish have at least one amazing feature that sets them apart from the rest: their lateral line. It’s a huge factor in how a fish uses all its senses to perceive the world around them and it’s also a huge factor when it comes to fish attractor science.

The Lateral Line Organ is a sensory perception system that runs down the length of a fish’s body. It helps a fish know what’s going on around it and ties in various senses to do that in an extraordinary way. It's a somewhat complex system, but researchers at the University of Florida have detailed it using the following illustration:

“Fish sense the world around them in many ways. While most fish possess sight, hearing, taste, and smell senses, all of which we can easily relate to, they also have sensory means for detecting stimuli, such as water particle displacement, and in some fish, electrical currents. These later sensory perceptions take advantage of the physical and chemical properties of water, and work in conjunction with the more conventional sight, hearing, taste, and smell sensory modes.”

The researchers go on to emphasize just how important the Lateral Line Organ is on a fish and compare it to a river in the way it works. It turns out that the lateral line even has some strong similarities to the canals in human ears and uses the same fluid to carry sensory messages.

“Below the river, running parallel to it, is ground water. This, on a fish is nerves. At various locations along the river there are springs connecting the ground water to surface water. That point of connection is the spring heads, which on fish are called neuromasts. Neuromasts connect the nerves to the lateral line canal, and that connection through the neuromasts allow fish to sense mechanical changes in water.”

If you’re ready to get really science-ey, you can read the full article from the University of Florida here, but for us anglers, these excerpts tell us some very important intel about how we can employ more fish attractor tactics and catch more fish.

“By integrating the information of many neuromasts, fish can detect different things, like movement, vibration, and pressure gradients in the water around it. This plays an essential role in orientation, predatory behavior, defense, and social schooling.”

LRT is a vibration wave technology that operates at a frequency level designed to be picked up by a fish’s lateral line and stimulate a predatory response. As with any predator, fish are stimulated to the presence of prey, and as the excerpts mention above, a fish’s lateral line provides a key to stimulating it and connecting its various senses. 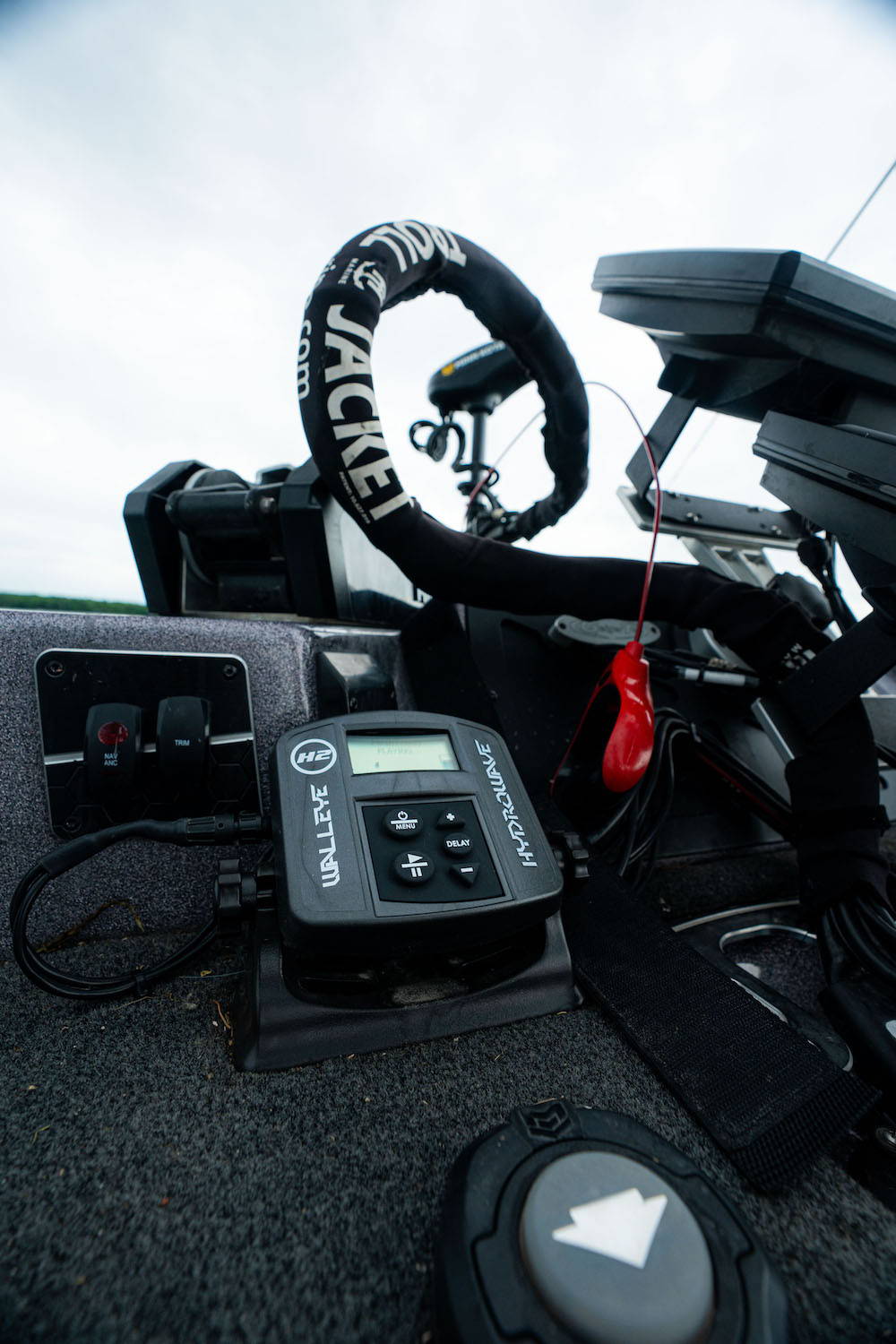 If you’re just getting started, it’s worthwhile to consider Pro Angler Mark Daniels’ tip for beginners and these pattern tips from Pro Angler Kevin VanDam — even if you’re going for other species beyond bass. Because the lateral line concept is the same, your success is going to boil down to finding your target and appealing to their senses in the optimal way.

After all, when you make your baits as irresistible as possible, a fish’s instincts kick in, even if they aren’t hungry. And, depending on the pattern your HydroWave is playing, they may feel pressure to bite because it sounds like the type of prey that’s too enticing to ignore, the bait sounds like it’s in a panic, or because they feel the urge to strike before a competitor fish does. With the various HydroWave models, there are patterns for a variety of these scenarios — covering both the prey and the sounds of competitor fish, too.

Just about anywhere you can set a hook, there’ll be gamefish with predatory instincts that you can tap into. They might be crappie, catfish, walleye, or something bigger, but whatever they are, make sure you’re not shorting yourself in how you appeal to their senses.

With a number of models and expansion modules for different species, all in a unit that’s about the size of your hand, the HydroWave may be the best addition that a weekender or tournament can use to put fish attractor science on their side.